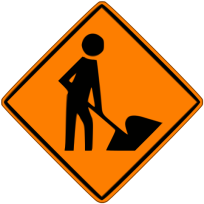 To produce a genuinely comprehensive guide to Nazi Germany, one must not only cover all key components of the Third Reich, but to do it in a uniform way. To achieve this all-important objective, I developed a unique and highly efficient research methodology that became the basis for this book.

Not surprisingly (as history is all about knowledge management) this is the methodology of uncovering, collecting, structuring and presenting knowledge (i.e. information that has value) about certain aspects (components) of Nazi Germany and its history.

History is about properly covering three broad categories of objects (yes, object-oriented approach is as applicable to history as it is to software development): events (the Holocaust, Word War II, Nazi revolution, etc.) and organizations or systems (NSDAP, SS, Wehrmacht, the whole Nazi Germany, etc.). Consequently, to properly cover all these categories of objects, one needs not one but three different methodologies.

Covering Key Events in the History of the Third Reich

To properly cover key Nazi Germany – related events, it is necessary to first assemble a comprehensive list of all actors (individuals and organizations) whose decisions and actions made these events happen.

In other words, it is necessary to answer the fundamental question – were the decisions and/or actions in question the best under those circumstances, constraints and resources and if they were not then what would have been the best course of action given the mentality of the actor and the circumstances in question.

No less obviously, all analysis and conclusions must be based not on emotions (positive or negative), sympathy or antipathy but strictly on indisputable facts, rock-solid logic and good old common sense.

Every organization has its founders, including a primary one (the principal founder) – which also need to be covered in a sufficient detail. As must be the vision that the founders had for the organization in question, including key differences in these visions (if any).

No organization is an island; consequently, it is necessary to properly describe its environment – both internal (individuals and organizations in Nazi Germany) and in other nations (allies, enemies and neutral).

Then one must describe in sufficient detail (visual and textual) the composition (structure) of the organization in question (i.e. its key objects and how they are connected to each other). This description is typically built around the organizational chart (departments, divisions, individuals, etc.) of the system in question.

To achieve its objectives (fulfil its mission) the organization must do something. In other words, execute certain organizational projects and processes (the latter are essentially the former repeated over and over again).

Which, therefore, must be properly covered – in textual and (if necessary) visual form. Including purely internal processes and external processes that involve interactions with the environment of the organization in question.

Projects and processes are executed by individuals (rank-and-files employees and managers) of the organization in question. Therefore, it is necessary to present reasonably detailed profiles of its personnel – specific for its leaders and key employees and managers and general for the rest. Including, obviously, the all-important corporate culture.

Obviously, every organization has its history (from inception to demise) which (no less obviously) must be presented in sufficient detail. A history (decisions and actions by its personnel) that must be properly analyzed and evaluated.

Again, a genuine historian must never ever make moral judgements about decisions and/or actions of employees, managers and leaders of the organization in question.

There is no doubt that Nazi Germany was mostly a brainchild of one individual – Adolf Hitler. However, he usually practiced a hands-off approach to managing the Third Reich, giving his lieutenants a lot of freedom in implementing his rather broad directives.

Consequently, structure and behavior of Nazi Germany was shaped by a number of “top Nazis”. Therefore, to properly understand the Third Reich, you must understand these characters (which requires development of a reasonably detailed psychological profile).

To understand each “top Nazi”, we must learn not only who he was (it was always a “he”), but also how and why he became who he was. And, obviously, not only what he did and when, but also why (i.e. why he behaved the way he did).

More specifically, what was his primary drive, what were his objectives (i.e., the intended and actual consequences of his decisions and actions and, if they were different, why).

Then, obviously, it will be necessary to pass a functional judgement on his decisions and actions – whether he made the best decisions given his resources, upbringing, education, circumstances, etc. And, of course, a legal judgement (whether his decisions and/or actions constituted a crime).

Putting It All Together

To assemble the “Nazi Elephant” from its components (events, systems and people), one needs connectors (more like threads, actually). I have identified (and will use in this book) three connectors – psychological essence of the Nazis (national-sociopaths), their existential war with Bolshevism (more specifically, with the Stalinist Soviet Union) and their highly distorted and grossly incorrect perception of reality.