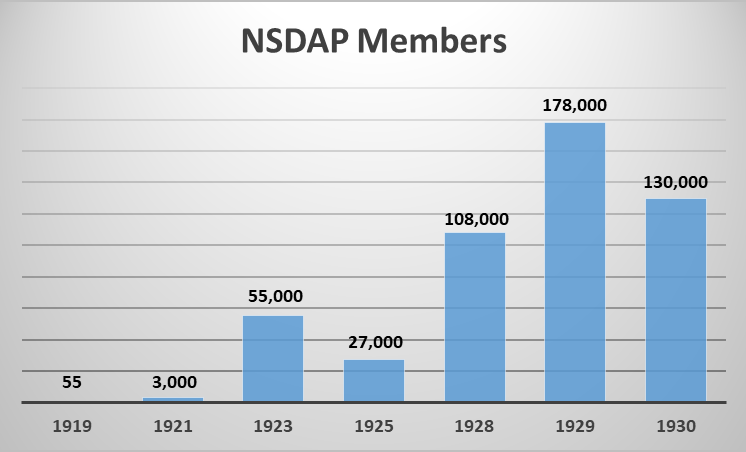 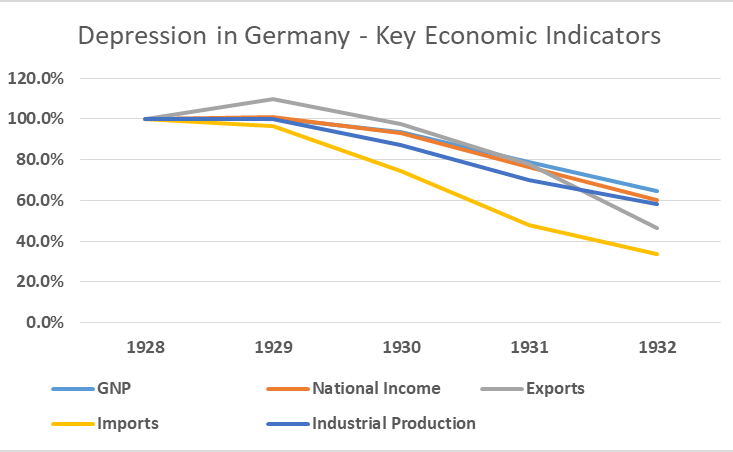 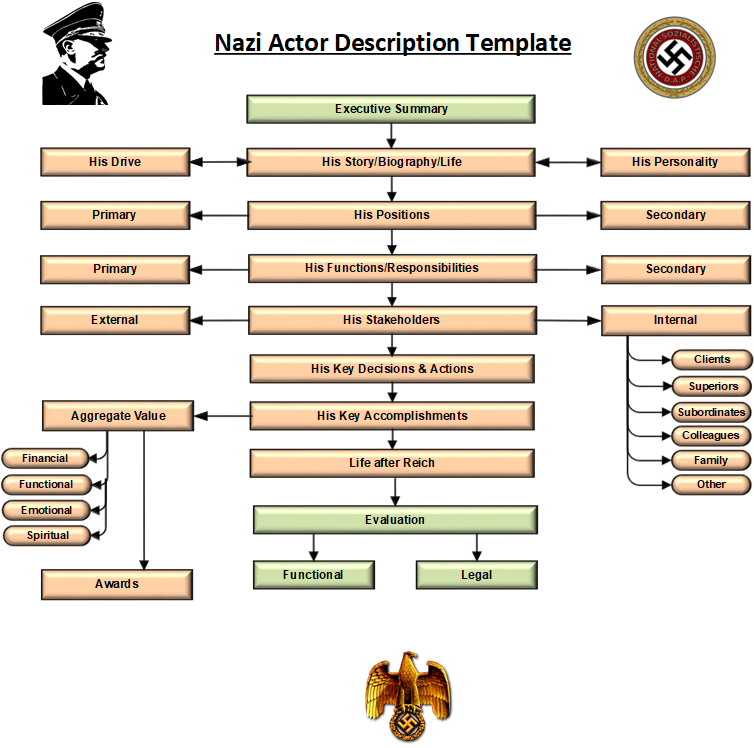 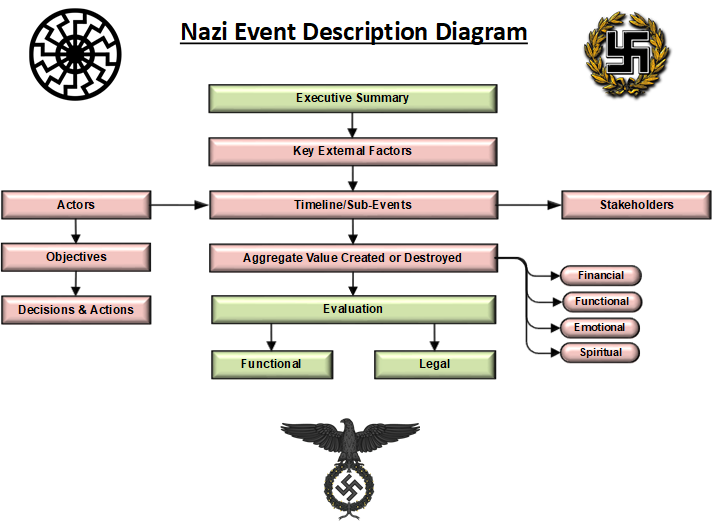 All complex systems are analyzed in top-down fashion (direction). In visual modeling, it means that we start with “painting the most general portrait” of the system in question (in this case, Nazi Germany).

In systems analysis terms, by putting together the most general (“top level”) visual diagram for the whole Third Reich. You can find this diagram in Figure 2.

Some of its components (“objects”) we can – and will – describe and analyze right then and there (e.g. Nazi identity, mission of the Third Reich, etc.); for others we must develop their own diagrams (called decomposition diagrams in visual modeling).

Every description (of every object, process, project, event, individual, etc.) will obviously begin with an executive summary. And Nazi Germany in general is no exception, of course.

As is the case with just about every system, everything that the Nazis did was determined by their identity. Their Nazi identity that I will cover in sufficient detail.

And I will prove beyond the reasonable doubt that every Nazi was not only a national socialist (although all of them were), but a national-sociopath. And will explain in detail what exactly it meant in practical terms.

Nazi Germany was a brainchild, a creation, a baby mostly of one individual – its Führer Adolf Hitler. Consequently, a large (a very large actually) chapter of this Guide will cover in detail the personality and biography of the founder and leader of the Nazi system.

Nazi Germany was essentially the incarnation (in flesh and blood, brick and mortar) of Nazi ideology (developed, of course, mostly by Adolf Hitler and heavily influenced by the abovementioned forces events and founding fathers).

Hence, one of the chapters in this book will cover in sufficient detail all key aspects of Nazi ideology. In both versions – the one developed by Adolf Hitler and the one that was the brainchild of SS Reichsfuhrer Heinrich Himmler (these were, indeed, different versions of Nazi ideology).

All systems (including organizational systems, of course) have but one fundamental objective – to satisfy the aggregate needs (not often illusory wants and desires, but genuine needs) of their stakeholders. Financial, functional, emotional and emotional needs, to be more precise.

Therefore, in the next section of the book, I will cover both internal (various social groups in the Nazi state) and external (Axis powers, neutral nations, the Church, adversaries, etc.) stakeholders of Nazi Germany. Including, obviously, the relationships between the Third Reich and its stakeholders. 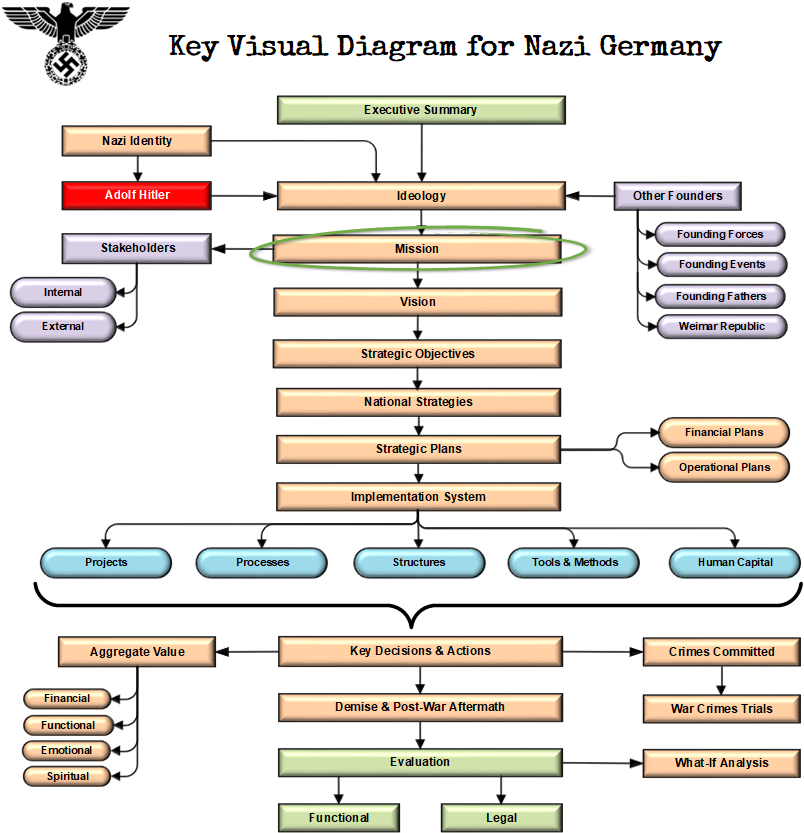 The Essential Guide to Nazi Germany
Blog at WordPress.com.