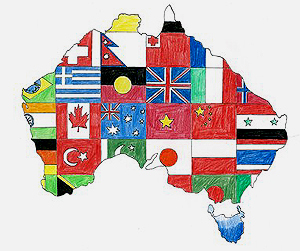 elated to religious equality is another “sacred cow” of liberalism: cultural equality (and its offspring – multiculturism or multiculturalism). According to fundamental (for liberals) principle of “cultural equality”, all cultures are equally valuable.

Which is a bunch of BS (pardon my French again) because year after year thousands and thousands of individuals prove beyond the reasonable doubt the inherent superiority of Western Civilization.

By literally “voting with their legs” – running from Muslim, Chinese (and other Far Eastern), Russian, Latino and other cultures to the nations with the (yet) dominant Western culture – the USA, Canada, Australia and Europe (first and foremost, Western Europe, of course).

The key reason for the inherent superiority of the Western culture is simple and straightforward – it makes its citizens (constituents) far happier than any other. In other words, provides its residents with far more freedoms and capabilities to satisfy their aggregate needs – financial, functional, emotional and spiritual.

Consequently, both the governments and the citizens of the Western Civilization MUST learn, preserve, protect and constantly enrich their Western culture in general and specific cultures of their individual nations in particular. Which automatically means protecting it from being destroyed by a very much existential cultural threat of the so-called multiculturism (“cultural diversity”).

In practical terms, multiculturalism is the ghettoization of the Western society – cut and dry, plain and simple, loud and clear. Prior to the “Great Liberal Revolution”, immigrants were supposed to assimilate into their “adopted nations” and “adopted societies”, leaving behind their original cultural identities and acquiring a new ones (and thus becoming transcultural).

Now they are no longer required to do so. Consequently, instead of remaining homogeneous, just about every Western country is slowly but surely (and often quite rapidly) being transformed into a confederation of culturally independent micro-nations.

The “victorious radical feminism” (i.e. “gender equality”) essentially destroyed the Western family and plunged fertility rates below replacement levels. At the same time, the policies of essentially “open borders” (practically unrestricted immigration of culturally alien individuals – first and foremost, from Muslim nations) have radically increase the number (and share) of “cultural aliens” in just about every West European nation. Aliens that have no desire to assimilate – and no requirement to do so.

Which inevitably leads to a highly predictable result – every Western country already began falling apart (into confusion, chaos and insanity), as there is really nothing that holds the society and the country together.

Neither externally – every nation becomes a confederation of mini-nations that have nothing culturally in common, nor internally. Prior to the “Great Liberal Revolution” the “indigenous population” knew for a fact that their culture was superior to any other (after all, immigrants were going to great lengths to come to their countries, not the other way around)… but now they are conditioned to think that their culture is no better at best (and possibly even worse due to incessant propaganda of mostly alleged “atrocities” committed by the White Race and Western Civilization).

The sad destination is clear – internal and external chaos, collapse of the society, nation, country and the whole Western Civilization. Which automatically means a very real Hell on Earth.

There only way to save the Western Civilization from a very real Hell is for every Western country to (1) explicitly preach the inherent superiority of Western culture in general and their specific culture in particular; and (2) restore the homogeneous society by forcing all “aliens” – both immigrants and born in “ghettos” to assimilate (i.e. reprogram themselves into the culture of their adopted nation).