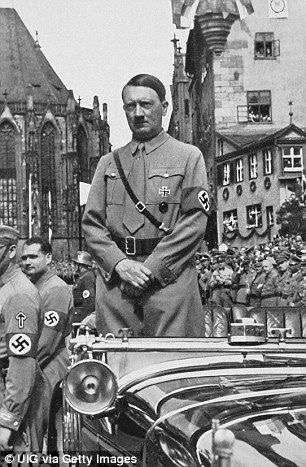 How did it happen? How was Adolf Hitler not only noticed by the Thule Society, but also identified by the latter as the Chosen One – the one worthy of Transfiguration?

We will (most likely) never know for sure – we can only speculate. The most probably theory is something like the following. A week after the Armistice was announced, on 19 November 1918, Adolf Hitler was discharged from the Pasewalk hospital (in the East German state of Mecklenburg-Vorpommern) and returned to Munich.

He arrived there two days later and was immediately assigned to 7th Company of the 1st Replacement Battalion of the 2nd Infantry Regiment. In early December he was reassigned as a guard to a POW camp in Traunstein (a town in the south-eastern part of Bavaria, approximately 11 km east of Lake Chiemsee between Munich and Salzburg).

Sometime in January of 1919, the camp was dissolved. The war was over and the Allied POWs were heading home (at last). Adolf Hitler was transferred to Munich and assigned to an infantry battalion quartered in the Bavarian capital.

At the time, Bavaria (essentially a quasi-independent “state within a state” in now-federal and republican Germany) was in a state of chaos – to put it mildly. On November 8th, 1918, one Kurt Eisner, an idealistic Independent Social Democrat (and a Jew) proclaimed the People’s State of Bavaria thus ending the 700-year rule of the Wittelsbach dynasty.

Which only strengthened Hitler’s (already firm and very much erroneous) belief that the whole mess – and the mess was really spectacular even by the German standards at the time – was the result of the “global Jewish conspiracy” against Germany, Austria and the whole European civilization.

One of the highly dangerous consequences of this mess was all but complete disintegration of the military command structure – both in Bavaria and in the whole Germany.

Consequently, every more or less sizable and separate unit was pretty much on its own – and thus had to develop some kind of modus vivendi with the local government (whatever the government happens to be).

Which created the need for a rather strange position in unit’s command structure – a liaison with the local government (in a normal environment it was usually a job of the unit commander – or one of his deputies).

The whole thing was made even stranger by the introduction of some kind of “military democracy”. Which in practice meant that the liaison was elected by the troops – not appointed by the unit commander.

On April 3rd, 1919 – three days before the infamous Bavarian Soviet Republic (BSR) was established, Adolf Hitler was elected to this position. Two weeks later, he was re-elected.

Which was, actually, no surprise at all. First, he was a mere Gefreiter (corporal) and at that time the troops were likely to vote for one of their own – even a senior NCO, let alone an officer – stood no chance whatsoever.

Second, he was a highly decorated soldier – a Gefreiter had to perform something seriously above and beyond the call of duty to receive Iron Cross First Class (especially accompanied by a Bavarian Cross of Military Merit with Swords).

And third, he apparently was very vocal in support of the position that the overwhelming majority of the enlisted men (i.e. of the voters) fiercely and passionately adhered to – that the battalion should stay the hell out of the fighting (pretty intense at times) and not join either side, either “White” or “Red”.