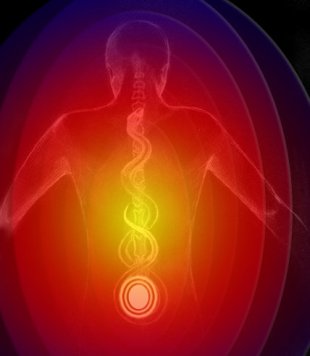 One of the fundamental objectives of Adolf Hitler and the whole Nazi regime (especially the SS-Reichsfuhrer Heinrich Himmler) was to transform Germany into the nation of Übermenschen – the “superhuman beings”.

By itself, it was a highly noble and commendable endeavor. It is well-known that just about all individuals (human beings) utilize at best 5-10% of their potential. Which makes them and our whole society… not exactly completely and utterly happy.

Hence, this objective of the Nazis (first and foremost, of the SS) was essentially to make all Germans genuinely happy – and no one could really object to that.

This perception (and perceptions are, alas, the only reality) predictably made the Nazis commit not only horrendous crimes against humanity (possibly the worst in human history at least in some aspects), but also colossal strategic blunders. Which no less predictably led to the defeat in the Second Great War, demise of the Third Reich (and all its institutions) and to the suicide of Adolf Hitler in the Führerbunker.

Hence it is no surprise either that their program of transformation (transfiguration, actually) of all Germans into Übermenschen failed no less spectacularly.

No wonder – the grossly incorrect vision of a human being made the Nazis choose an entirely wrong tool – the infamous eugenics. Which not only did not do the job but led to the mass murder of millions.

It does not mean that the transfiguration of a “common man” (or woman) into an Übermensch is not possible. It is. Because there is a tool – inside every human being, without exception that was designed by the Higher Power for exactly this objective.

And the Nazis could have found it – had they looked in the right place (and for the real, not mythical Aryans). In the southwest, not in the north; in India instead of Scandinavia and in the “supernatural” rather than in the “science”. And studied Sanskrit instead of runes.

Because this tool is Kundalini. A lot (a whole lot, in fact) has been written about it by the Hindu gurus and their followers… unfortunately, just about all of it is just plain wrong.

Only the very fundamentals are true. Kundalini is, indeed, an immensely powerful divine (i.e. supernatural) energy that can, indeed, transform (transfigure) a “regular Joe” or Jane into a super-human being.

In other words, Kundalini is the enormous power of wisdom, transformation, and revelation inherent to us all. The awakened Kundalini enables humans to reach their full potentiality in every area of life.

This can result in a person achieving mega success and supreme inspiration to become the greatest that they can be, whether they are writers, artists, sculptors, teachers, doctors, scientists, healers, composers, lawyers, or in any other profession or business.

It may manifest itself in the form of improved health and receiving great respect and gains in finances and career. It can improve our health and maintain our youthful vitality.

It can keep our bodies and minds ever youthful (sort of “frozen” in a certain biological age). It can improve our personal relationships and elevate our consciousness. It affects us on all levels of our being– the physical, emotional, mental and spiritual, by purifying us on a cellular level.

Kundalini is, indeed, located at the base of the spine – in and around Muladhara – the “root chakra”. It is also true that Kundalini can be viewed as a fiery serpent that lies coiled and dormant – waiting to be awakened (activated). Because only the activated Kundalini can perform the abovementioned transfiguration.

Kundalini awakening, impacts the human mind and body in countless transformative ways. It unleashes the power and potential of your mind and body to function at their very best. Kundalini has the power to invigorate and evolve our spiritual beings like nothing else can… if we can just figure out how to activate and handle it.

Yoga masters, Grand Masters and other gurus developed a highly sophisticated procedure for activating Kundalini and keeping it under control. Unfortunately, they do not share with the general public one critically important fact.

The fact is that although it resides inside the human body (so-called subtle, invisible, intangible body, to be more precise) Kundalini does not belong to the latter. Hence, to awaken Kundalini completely and to utilize it to the fullest, the seeker must obtain a very explicit permission from this Higher Power.

Which for a very obvious reason it does not give – a large-scale transformation of humans into demi-god will create a total chaos (at best). Hence, all those who think that they had awakened Kundalini are… well, not exactly correct. In reality they activate only a tiny part of the latter – a portion deemed safe by the Higher Power.

Is it possible to get this permission? Yes, but only if it is sought for an explicit purpose of achieving a Super-Goal (approved, of course, by the Higher Power). For example, to radically change (“reengineer”) our highly imperfect world, making it a much better and happier place.

Could the Nazis have obtained such a permission – at least for some of their top brass? Possibly. After all, there is ample circumstantial evidence that Adolf Hitler underwent some king of transfiguration in the summer of 1919. Transfiguration that made an essentially nobody into one of the most gifted political entrepreneurs in human history.

However, to obtain this permission, the Nazis had to agree to explicitly serve this Higher Power. Which (for many reasons) was out of the question. Hence, it is no surprise at all that they failed miserably in their Übermenschen endeavor – and in just about all other ones.

Can a modern organization obtain such permission in the present day? It can as the humankind does, indeed, face a genuinely existential threat (again). These days, the very survival of our planet and of the human species depends upon nothing less than a comprehensive transformation of our consciousness.

It is, then, not surprising that Kundalini, one of the world’s most powerful tools of transformation (if not the most powerful), should be used facilitate personal change and empower us to effect the necessary social change. But only if the latter is approved by the Higher Power, of course.