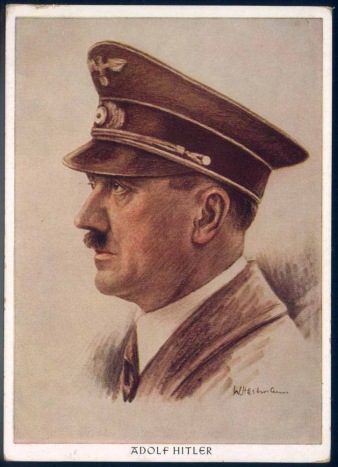 As it often happens in such cases, the results of Operation Hummingbird were… well, extreme. Radical. Some of them were highly positive for Adolf Hitler (and the whole Nazi regime), others were decidedly negative. Disastrous. Catastrophic.

In fact, results of the Night of the Long Knives were very likely “net negative” as the harm the decisions and actions by Hitler and his co-conspirators did to their regime (and to themselves) not only far outweighed the good but ultimately led to their defeat in the Second World War, the demise of the Third Reich and to Hitler’s suicide in the Führerbunker. Which made Operation Hummingbird a colossal and ultimately fatal strategic blunder (more on that later).

On the positive side (for the Nazis, of course), Adolf Hitler eliminated all opposition that remained after the SS and the SA destroyed the Communist and Social Democratic opposition.

Which did not, however, give him absolute (i.e., completely unchecked) power in Germany. The Reichswehr (more precisely, the Army that was Prussian, not Nazi) still had a veto power over Hitler’s decisions in actions (which it almost exercised right before the Munich Agreement was signed on September 30th, 1938). Ironically, it was the elimination of the SA as a potent political and paramilitary force that gave the German Army this veto power.

The opposition that was not eliminated was sufficiently scared to no longer present any threat to Hitler’s super-ambitious reengineering project (let alone to the Nazi regime). Now nothing could prevent Adolf Hitler from achieving the objectives that he set for himself, the Nazi regime and for Germany.

And from obtaining the dictatorial political power. On August 2nd, 1934, exactly one month after the end of Operation Hummingbird, Reich President Paul von Hindenburg (predictably) died.

The previous day, when von Hindenburg was still on his deathbed, Hitler’s cabinet had enacted the “Law Concerning the Highest State Office of the Reich“. No one was left to prevent him from committing what was for all practical purposes the coup d’état.

From this perspective, elimination of external opposition (conservatives, Catholic politicians, etc.) was even more important and valuable than the internal one (the SA) as the latter had no objectives to the establishment of the dictatorship.

This law stated that upon Hindenburg’s death, the office of the President would be abolished and its powers merged with those of the Chancellor (in reality, will be absorbed by the latter).

This law will make Adolf Hitler both the head of German state as well as head of German government. He was given the official title the Führer und Reichskanzler Leader and Chancellor) of Germany.

Soon the latter part (Reichskanzler) was quietly dropped thus making Adolf Hitler simply Der Führer and Germany – the de-facto Führerstaat (Führer’s State). With this action, Hitler eliminated the last legal tool by which he could be removed from office. Thus robbing the opposition of the only means left to legally get rid of him and forcing it to pursue strictly illegal means – assassination attempts or military coups.

By eliminating a genuinely existential threat to the Army (and the SA, indeed, was one) Adolf Hitler radically improved relationships with Reichswehr (at the time not exactly harmonious). Which made the Army – top to bottom – significantly more supportive of Adolf Hitler.

Which helped less than a year later (in March of 1935) when the volunteer-based Reichswehr was transformed into a conscription-based Wehrmacht whose soldiers, officers and generals had to take an oath to Adolf Hitler personally.

Prior to its purge during Operation Hummingbird, the SA was a major force of disturbance and even destruction and a major threat to the physical safety (let alone comfort) of just about all Germans (and even foreigners).

By almost completely eliminating (or at least radically reducing) this threat, Adolf Hitler did a great service to all Germans – from the common folks to the business and political elites. Which (not surprisingly) significantly increased the level of support for the Nazis and for Hitler personally (which he badly needed to perform a breathtakingly radical reengineering of Germany).

They committed their first kill and thus “went over the fence”; the fence that separated the world of “regular” human beings from the world of serial killers. Serial mass murderers, to be more precise.

This not exactly magnificent four individuals overcame the inner barrier that prevents a human being from being transformed (transforming himself, to be more accurate) into a monster. In a criminal sense, of course.

After July 2nd, 1934, “all of the above” became mass murderers psychologically. Which made it not just far easier for them, but far more desirable to commit other mass murders (genocides, actually) – mentally and physically sick individuals in Aktion T4; Soviet “commissars” during Operation Barbarossa; civilians all over Europe during anti-guerilla operations; Soviet POWs (although the latter were more allowed to die than deliberately killed); and, last but not the least, the Jews during the Holocaust (Shoah).

As I will prove shortly (and beyond the reasonable doubt), the Night of Long Knives was a colossal blunder – politically and strategically. Thus it became a “mother of all blunders” committed by the Nazis and by Adolf Hitler personally. Blunders that ultimately cost them their war, their state, their civilization – and ultimately their very lives (although whether the latter is applicable to Heinrich Himmler, is still an open question).

Another disastrous, catastrophic and ultimately fatal outcome of Operation Hummingbird was external (and very much related to the previous one). By committing extrajudicial (and thus illegal and criminal) killings, Adolf Hitler placed himself, his closest associates and the whole Nazi regime (and the Third Reich, of course) outside the civilized world.

In other words, he evicted “all of the above” from the civilized world (more precisely, from the world perceived by civilized by the global powers – the USA, Britain, France and their close allies).

The concept of Lebensraum (“living space”) in the East was so fundamental to Nazi ideology that everyone knew for a fact that the war between two totalitarian giants (the “Red” and the “Brown”) was inevitable.

Equally well-known was the irrefutable fact that the abovementioned “Western democracies” had to take sides in this epic (and genuinely existential) battle. The Night of the Long Knives almost overnight transformed Adolf Hitler and his regime in the eyes of the USA, Britain, France and their close allies into savages, barbarians and even thugs. And there could be no alliance (especially on the battlefield) between the civilized nations and such goons.

Consequently, the “Western democracies” had no other choice but to enter into a military alliance with the Bolshevist Soviet Union (although by mid-1939 Stalin killed about 10,000 TIMES more of his political opponents than Hitler of his, he was smart enough to create an illusion of a due process and fair trials which made him look civilized enough for the West).

This decision proved to be fatal for Hitler and his regime after his other colossal blunders led to the failure of blitzkrieg and to its transformation into a war of attrition. Which unless Hitler performed another miracle (and he didn’t) was impossible for the Third Reich to win – its adversaries had simply far, far more resources at their disposal.