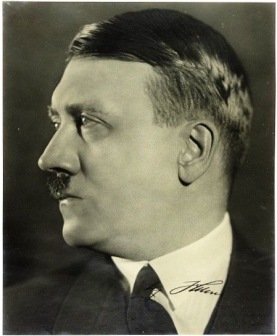 The abovementioned negative internal and external results explain beyond the reasonable doubt why the Night of the Long Knives was not just a colossal, but ultimately fatal blunder on Hitler’s part. Obviously, the same should be said about his co-conspirators in this massacre – Göring, Himmler and Heydrich.

It was obvious, of course, that Ernst Röhm and his closest associates had to be neutralized  as they were, indeed, a potential existential threat to just about anyone and anything (though rather long- than short-term}.

However, there was no need to kill them – it was enough to deport all potential troublemakers to South America. In 1928-30 Röhm served in the Bolivian Army )where he was given the rank of lieutenant colonel) and served quite successfully so four years later he and his team would have had no problem getting lucrative positions in just about any South American Army. So lucrative that they would have had no appetite whatsoever to return to Germany to stir political trouble.

And while it was true, that the overwhelming majority of the SA was loyal to Röhm, it was not loyal enough to start a coup to prevent his exile to Bolivia or any other nation (or to bring him back for that matter). Besides, they were sufficiently loyal to Hitler to go against their Führer (Reichswehr, of course, was a different matter entirely).

Likewise, there was no need whatsoever to kill other potential troublemakers – conservatives, Catholics, etc. A short-term stay in a concentration camp (no more than two weeks) with a “proper treatment” would have reliably scared them into a total submission to the Nazis. And those who knew too much, could have been securely isolated in the same concentration camps (in Zellenbau-style “VIP-blocks”).

Unfortunately for him and for the whole Nazi regime, Adolf Hitler (1) always chose the most radical solution to any problem at hand; and (2) considered violence and brutal force as the most effective and efficient tools in politics.

Which predictably led to the verdict: “it was worth than a crime – it was a blunder!” – and no less predictably to their defeat in the Second Great War, the demise of the Third Reich and Hitler’s suicide in the Führerbunker.