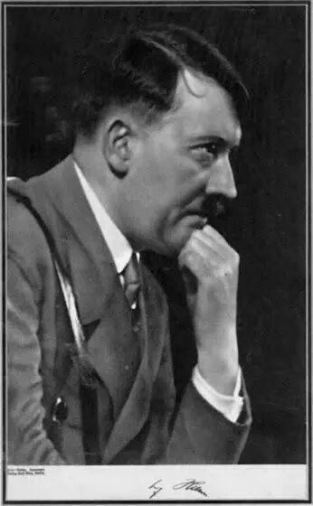 One of the, alas, very common misconceptions about Hitler’s decisions and actions (thanks to Dr. Martin Luther King who knew next to nothing about Nazi Germany) is that “everything Hitler did in Germany was legal”. In other words, was in complete accord with German laws that were in effect at that time.

In reality, it is a grossly incorrect statement. Contrary to another very popular misconception, Adolf Hitler had absolute power and Germany and thus could legally do whatever he pleased.

It was not the case. The so-called “Reichstag Fire Decree” gave the German political and criminal police power to detain anyone without trial (or any king of due process), eliminated several basic freedoms (of speech, assembly, right to privacy, etc.) and the Enabling Act (legally an amendment to Weimar constitution that was very much in force from 1933 to 1945) only gave Adolf Hitler (as a chancellor) legislative power – to pass and enact laws.

However, every Nazi government official (including Adolf Hitler) was legally bound to operate within the limits established by German laws which were valid at the time in question. Thus violation of any of these laws was a crime (sometimes – a capital crime).

It did not bother Adolf Hitler in the least. Almost right from the start he did what he believed was necessary to achieve his objectives with the ultimate of them being making Germans genuinely happy. And if any law stood in the way… he either ignored it or violated it outright. Which was, obviously, a crime.

But he did not care. He was an Army man, not a lawyer. And not just an Army man, but a commander-in-chief of the army that was fighting a genuinely existential war. And in that war, there was only one law – the winner either enslaves or annihilates the loser. And thus the only genuine crime was losing the war. Period. Consequently, for Adolf Hitler victory was not everything – it was the only thing.

Hence, he simply did what he believed (often erroneously) what was the right thing to do. Using not the power of the law, but the brutal force of Wehrmacht, SA and SS (the latter swiftly established full control over just about all law enforcement agencies in Germany).

By definition, any individual whose operational philosophy allows to break the law to achieve a certain objective, is a criminal. And his mind is, obviously, a criminal mind. Consequently, Adolf Hitler was fundamentally criminal.

And much more than just a criminal. He was a criminal mastermind, a mobster, a capo di tutti cappi, if you will. Because he created three fundamentally organizations – NSDAP, SA and the Nazi State – that were designed to commit crimes (sometimes capital crimes) from Day One.

Consequently, his operational philosophy (and thus his decisions and actions) was unquestionably criminal. Was it operationally right? In other words, was it the right thing to ignore the law and focus only on achieving the objective, using all available tools and methods – no matter how criminal?

The answer is surprisingly orthodox: It was wrong. Wrong for a very simple reason – just about all Hitler’s crimes were colossal blunders (why – I will explain shortly). Blunders that ultimately cost Adolf Hitler his war, his state, his civilization and ultimately – his very life.