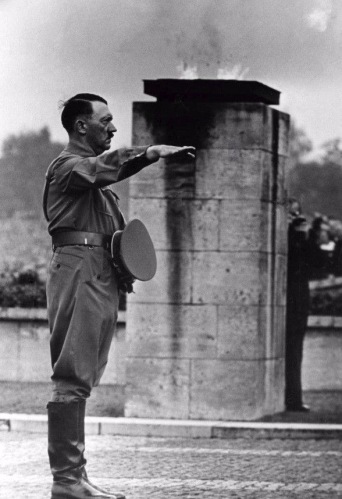 It is generally believed that the Nazis were the worst criminals of the 20th century (if not of the whole modern history). Some even think that they were the only ones who committed war crimes and crimes against humanity in the previous century (or at least in its first half).

None of this is true. In reality, the 20th century was very appropriately dubbed “the Genocide Age” as more than twenty (!) genocides and democides (extermination of social groups) have been committed since 1900. Still are being committed, actually (e.g. in the Darfur region in Wester Sudan).

Consequently, the Germans and their European allies (Croats, Latvians, Lithuanians, Romanians, etc.) were not the only ones who committed war crimes and crimes against humanity.

Such heinous crimes were committed by the British, the Americans, the Belgians, the Japanese, the Soviets, the Poles, the Ukrainians, the Czechs, the Serbs, the (North) Koreans, the Indonesians, the (North) Vietnamese, the Rwandans, the Cubans, etc., etc.

As for being the worst mass murderers of the 20th century, this whole issue is akin to determining, who was worse – Jack the Ripper with five confirmed murders or Gary Ridgway (the infamous Green River Killer) with 49.

In the eyes of the criminal law, both are essentially the same – both would have been sentenced to death in jurisdictions that have the death penalty on the books and to LWOP – life in prison without the possibility of parole – in those that do not.

Still, compared to each separate nation, the Third Reich was, indeed, the “worst among the equals” – as no other individual regime murdered more human beings than Nazi Germany.

The latter was very appropriately labeled “Der Führerstaat” – the Fuhrer’s State. Which from the legal perspective meant that Adolf Hitler was legally responsible for all crimes committed by the Nazis – by the SS (mostly), Wehrmacht, etc. Which automatically makes him the worst mass murderer of the 20th century (compared to each individual country leader).

Therefore, this book is essentially a very long profile of a mass murderer (and I am a criminal profiler of sorts). And Adolf Hitler – had he been captured and brought before the International War Crimes Tribunal (or an entity of a similar nature) would have had no legal choice other than to plead “Guilty” to the following horrific and monstrous crimes (arranged in a rough chronological order):

In any criminal court these crimes would have earned Adolf Hitler death by hanging (at best by a firing squad) – if the death penalty was in its charter (in 1945, it would have undoubtedly been). I am a firm opponent of death penalty, so my choice would have been LWOP – life in prison without the possibility of parole.