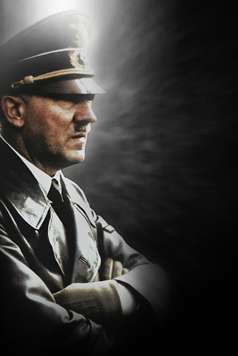 I was surprised and appalled by the boundless hatred the ordinary workers expressed against their own fellow-citizens, how they disparaged their own nation, mocked at its greatness, reviled its history and dragged the names of its most illustrious men in the gutter.

This hostility towards their own kith and kin, their own native land and home was as irrational as it was incomprehensible. It was against Nature. The great [German] masses can be rescued, but a lot of time and a great deal of patience must be devoted to such work.

So I got to work. Gradually I became an expert in the doctrine of the Marxists and used this knowledge as an instrument to drive home my own firm convictions. I was successful in nearly every case.

Still, I decided to investigate more thoroughly the sources of the Marxist teaching itself. And immediately a fundamental and crucial question came to my mind:

‘Did the founders [of Marxism] foresee the effects of their work in the form which it was eventually to assume, or were the founders themselves the victims of an error?’

If it were the first question which had to be answered in the affirmative, then it must be admitted that the original authors of this evil which has infected the nations were devils incarnate, for only the brain of a monster, and not that of a man, could plan an organization whose activities must ultimately bring about the collapse of human civilization and turn this world into a desert waste.

[I am not sure about the “devils incarnate” part but in his conclusions Adolf Hitler was absolutely right – if left unopposed, Marxist activities would definitely bring about the collapse of human civilization and turn this world not into a “desert waste”, of course, but into a global Marxist state. In other words, that at the beginning of XX century Marxism already was an existential threat to Germany, Europe and the whole human civilization].

Such being the case, the only alternative left was to fight, and in that fight to employ all the weapons which the human spirit, human intellect and human will could furnish, leaving it to Fate to decide in whose favor the balance should tilt.

[All weapons, no matter how inhuman or outright criminal – because the war with Marxism was genuinely existential].

Nature takes merciless vengeance on those who defy her laws. Therefore, I believe to-day that my conduct is in accordance with the will of the Almighty Creator. In fighting Marxism I am defending the handiwork of the Lord.