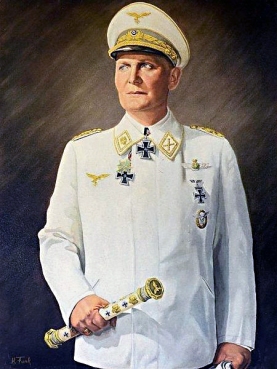 There is no doubt that Nazi Germany was mostly a brainchild of one individual – Adolf Hitler. However, he usually practiced a hands-off approach to managing the Third Reich, giving his lieutenants a lot of freedom in implementing his rather broad directives.

Consequently, structure and behavior of Nazi Germany was shaped by a number of “top Nazis”. Therefore, to properly understand the Third Reich, you must understand these characters (which requires development of a reasonably detailed psychological profile).

To understand each “top Nazi”, we must learn not only who he was (it was always a “he”), but also how and why he became who he was. And, obviously, not only what he did and when, but also why (i.e. why he behaved the way he did).

More specifically, what was his primary drive, what were his objectives (i.e., the intended and actual consequences of his decisions and actions and, if they were different, why).

Then, obviously, it will be necessary to pass a functional judgement on his decisions and actions – whether he made the best decisions given his resources, upbringing, education, circumstances, etc. And, of course, a legal judgement (whether his decisions and/or actions constituted a crime).